Super Summer, Fantastic Fall and Wonderful Winter Plans and Beyond!!

By Dashaina Giggles on Saturday, September 28, 2013

We have been up to so much this summer!!

After returning to Vermont in May, from our winter in the Bahamas (January-April), it seems like it’s been a non-stop adventure. Jaimie and I celebrated our 38th and 33rd birthday’s in May. (I know I can hardly believe it!) We kept it low key with just our local family.  After investigating the outside of the dome, we found a few visitors had left their mark (woodpeckers) all the way through the wall and insulation. J patched the holes and we continued settling in for the summer.
June brought lots of visits to the Montshire Museum of Science in Hanover/Norwich. The water park is probably Aurora’s and Bellatrix’s favourite exhibit. I think we went daily for the entire month! We also hosted our first adventure club meeting weekend. It was a blast for everyone!! We met lots of Jaimie’s fans from YouTube, made some new friends and participated in several fun ABC theme activities. We also began receiving farm fresh milk and cream!! (straight from the cow, no processing)  You can too if you are local to vermont! Visit our friendly and amazing dairy farmers Carl and Lisa (they do vegetables, meat and eggs too!) here Earthwise Farm and Forestry It is delicious and not heavy at all. Tastes better than any milk I’ve ever had in my adult life. Thanks mom for breastfeeding me (2.5 yrs) , I don’t remember, but am guessing that was my favourite milk as a child.

July came in a hurry with lots of sunshine and warm weather. Overall the summer was shaping up to be one of the nicest we’ve had in a while.  Good thing too! Since little did we know it was going to be our last!! After hosting our second Adventure Builder Club meeting,  J and I discussed the possibility of selling the property… Would it take long? We weren’t sure and discussed it a bit more.  July 19th brought Bellatrix into toddlerhood as an official 1 year old!! She received a cute Baby doll to match Aurora’s (which Aurora immediately claimed charge of “until Bellatrix is big”) complete with a pacifier to match her own. She received money for fun and a beautiful handmade heirloom quilt. She has been sleeping with it every night since… We also began picking up our local CSA vegetable and egg share (community shared agriculture) from the local organic farm run by Suzanne and Tim at Luna Bleu. We’ve participated in this for the last 3 years and have really been enjoying the freshest vegetables and eggs available (short of growing our own, in Vermont that’s hard if you’re only part year). 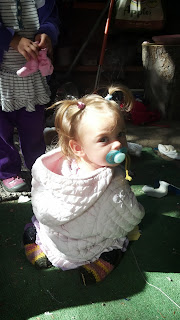 August arrived in style bringing very few rain showers, enough to soak the ground and cool off the forest. J decided to try his hand at  a kickstarter project, which did not succeed.  But I think we are a bit relieved, since that would’ve been more work than we could handle right now. Toy sales are going moderately well, nothing spectacular. Hopefully we’ll see the big numbers they promised at the end of the year. Fingers crossed.   We also began collecting our CSA meat share this month!  It is definitely amazing to me that the Luna bleu staff offer all these awesome share options every year, year round.  We really don’t get much from the grocery store these days and when we do, we aim for locally sourced items and/or organic when possible.

September brought us more beautiful weather and a final decision to sell the dome.  Where would we go if it sold quickly? J came to me with an idea to buy a box truck and convert it into a  mobile living space! So we found a local U-haul with several trucks available (in Manchester, NH), headed over (on a Sunday) and J test drove four!! The last one was the winner. We talked them down to $4k from $5k (it had been marked down from $6.5k) and checked in to a hotel for the night (we didn’t bring a temp tag and the DMV isn’t open on Sunday! Duh! Oops.) By Monday afternoon, we were caravaning back home. J drove the truck.  A few days later J posted a video up on youtube about selling the dome and began receiving an onslaught of offers. Some serious, some more like wishful thinking. By the end of the week we had a family of four visit us for the weekend and make us an offer we were happy to accept!

So… That brings us to current. The last three weeks have seen the truck getting tagged, insured, cosmetically repaired, inspection, oil changed and renovated. The last three days J has probably made 10 (1 mile each way) round-trip( by foot) hikes from dome to truck, carrying our big items on his back or with our pull cart (thanks to Calvin and Alix). This past week we got the truck inspected (it passed!!). In two weeks the new family comes out to do the final walk through, sign contracts, give us the down payment and take possession of the property (beginning end of October). Then it’s our final farewell to the place that has seen us through so much these last 6 summers (11 years in Jaimie’s case). We’ve learned so much about ourselves and the world around us. I’m really looking forward to putting those skills to use on our next adventure!
This brings me to our winter plans this year… 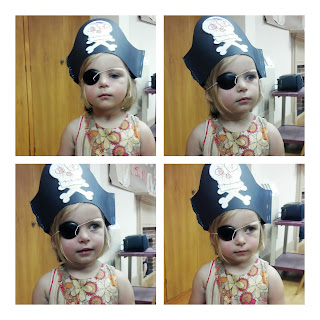 We’ll miss our friends we’ve made along the years in Vermont, but it’s time to move on to other adventures!!  For those of you abroad or in other locations we can’t get to at the moment, If you would like to keep up with where we are and what’s happening in our lives with the girls, the toys, or just to say hi every now and then, go to my webpage Dashaina’s Webpage and subscribe to my blog or youtube page.  I will begin updating it on a more regular basis starting in October.
We plan to head out the second week of October, probably that Monday.  We are going up through Burlington, Montreal and over to Hamilton, ON.  Then around the end of the month we’ll aim to be southbound. We’ll make a few stops along the way and end our journey in South Florida until February.  Then out to the West Coast for a couple of months and back to the east coast for a special wedding (my sister is getting married!!) I’m really looking forward to our new house and adventure.
0
Previous Post
Next Post